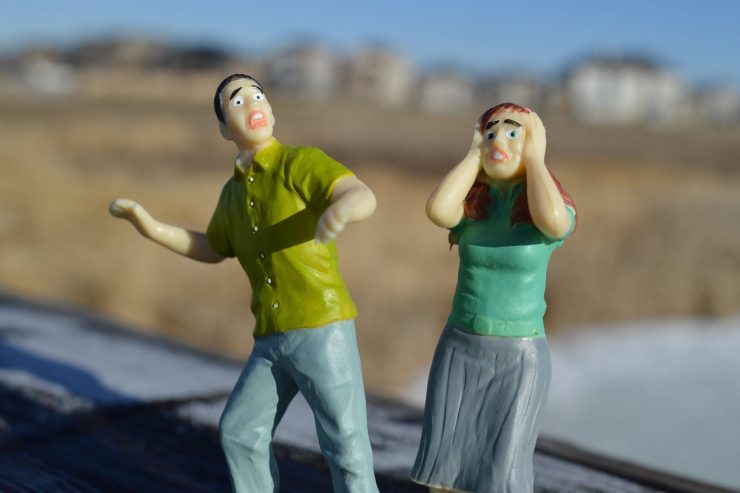 Throughout 2020, I watched in horror as a seemingly routine variation of an earlier SARS-type sickness took over the world. The death count from COVID-19 soared past four million souls a few weeks ago, a staggering number that says nothing of the tens of millions of people who will suffer ongoing “long COVID” ailments. But I experienced an even greater horror when I heard that swaths of church-going conservative Americans—even personal acquaintances whom I know to be caring individuals—had risen en masse against the use of both masks and the vaccines. I have always been comfortable labeling myself as a religious conservative. But as a Christian and a family man, I have to ask: “WTF?”

When I question those in my own camp as to what triggered their anti-prevention stance, they invariably offer what they believe are sound political and scientific arguments. Naturally, there is the concern about government overreach and the perceived evils of communism-loving Democrats. Constitutional guarantees of freedom of religion and assembly, they maintain, prevent the government from forcing businesses and churches to close, from confining citizens to their homes for months at a time, or from dictating facial wear. In short, “This is a free country, and you can’t make me do it.”

On the scientific front, I am warned of the dangers of new and untested vaccines while simultaneously encouraged to imbibe in a daily regimen of medicines that thus far have only been tested and approved for non-COVID ailments. Such guidance is paired with anti-masking recommendations that require abandoning any tool that cannot provide perfect, 100 percent, satisfaction-guaranteed protection against every possible transmission path a virus may take.

I could regale you with studies and research that prove how safe and effective the vaccines are, or point out that countries which rely on universal mask-wearing practices have had infection numbers that are dramatically lower than what America experienced, numbers that one of my friends described as “cute.” I could also remind you that our God-given inalienable rights come with a societal-level expectation that we protect the life, liberty, and property of those around us, including guarding them from our own poor health choices. But let’s say for the sake of argument that these anti-prevention religious conservatives are correct about the designs of Marxists, or that the current crop of vaccines could kill, say, one in a million, and sicken ten times that (numbers that are still way better than the carnage left by COVID). To my Christian brethren, I have to ask: So what? What are you afraid of?

All of the objections to vaccines and masks start from a position of fear, fear about government power and fear over bodily harm or death. (There are some narratives that go way beyond fear and into the realm of conspiracy theory. If you are the kind of person who thinks that Bill Gates is able to hide programmable, microscopic, network-enabled computer equipment inside of a transparent liquid that can be pushed through a hypodermic needle—despite Microsoft’s inability to deliver a bug-free version of Excel—then you should probably stop reading this article right now.)

As someone who grew up in church, it is pretty clear that fear—especially the fear of death—is not a Christian virtue. “To live is Christ; to die is gain,” says the Apostle Paul. Death is one of the big things that Jesus took care of for us already. In fact, from the Christian perspective, we died already, and it is only the mercy of God that enables us to live and move and have our being for as long as the Lord tarries.

Since we no longer belong to ourselves, but to the God who redeemed us, our time here on earth is not centered on our own hopes or desires. Rather, we are called to love others, naturally in sharing the Good News, but also in more routine acts of service. Like the Good Samaritan, we give of ourselves, even if it is a net negative for us. Instead of lashing out at Doctor Fauci, we are told to “love your enemies, and pray for those who persecute you.” Jesus asks us to “go the extra mile,” to “lay up treasures in heaven” instead of on earth, and to “not worry about your life…or about your body.” The godless focus on such ordinary concerns. Instead, Christ implores us to “not worry about tomorrow, for tomorrow will worry about itself.”

Given our shared religious tradition of self-sacrifice, are we seriously going to die on the hill of not wearing a mask? Given our call to rescue the perishing, are we really going to take our unvaccinated, virus-teeming bodies into a crowd of unsaved, medically compromised neighbors, all because a treatment that is known to reduce sickness and death might inadvertently cause our own physical decline? “Wouldn’t you rather be wronged? Wouldn’t you rather be cheated?”

Those biblical scholars among you may perhaps question my hermeneutics. And I make no claims to perfection in the area of unfounded fears, having spent many years white-knuckling nearly every airplane trip I took. Even if you don’t trust the messenger, at least consider the stream of ambulances at your local hospital. For the recent spike associated with the Delta variant of the virus, it is estimated that over ninety-five percent of hospital admissions are among the unvaccinated. Some of these patients will die. Some will be on ventilators for days. All of them will suffer needlessly. With the shift in resources and priorities, other patients who need cancer treatments or heart surgeries won’t get them. And the staff attending to the new wave of coronavirus patients will wonder yet again if now might be a good time to change careers.

If you are one of those Americans who opposes the vaccine, I urge you to reconsider your stance. If you are a religious conservative holding to such a view, I beg you to ponder whether your actions truly line up with biblical standards or if they are instead self-serving. And if you are among the forty-three percent of Americans who have yet to be vaccinated and don’t have any medical condition that would prevent it, then just get the damn shot.