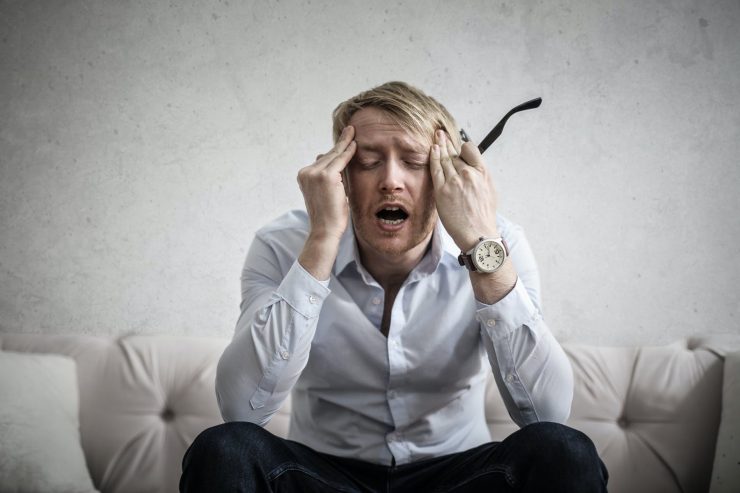 It seems like just a few weeks ago that we had a handle on this pandemic thing. And then the coronavirus had to mutate itself and ruin the illusion for everyone. Infections are back up, and while they are nowhere near what America experienced back in January, the trend is still troubling.

This time around, the infection count includes something that wasn’t a consideration six months ago: so-called “breakthrough” cases involving fully vaccinated individuals. Depending on the region, such cases can account for nearly a quarter of the total. We were assured by the CDC, Big Pharma, and the two most recent presidents that vaccines would be the magic bullet to save us from this pandemic. Given the surprising number of these breakthrough cases, should we be worried?

To answer that question, we need to recall our high school biology lessons, something that—along with the quadratic equation—we thought we would never need again after graduation. If you open your textbooks to Chapter 12—it is always Chapter 12—you will find details on viruses. I think my book said something like this:

Viruses are mean biological parasites that co-opt host organisms to survive and replicate. The host confronts the invader, sometimes succeeding (the virus dies), sometimes failing (the host dies). As long as the virus can move to another host, it doesn’t care much about individual battles, in part because it lacks empathy.

The only way to get rid of such viruses is to eliminate access to fresh hosts. In the worst case, this happens naturally, when all available hosts die. Masks and social distancing can help keep hosts isolated, reducing the number of individual viruses that successfully float from Victim A to Victim B. Vaccines offer another path, one that relies on defeating rather than evading the enemy. They work by increasing the host’s ability to destroy newly arrived viruses.

Our success in (nearly) eradicating illnesses like smallpox and polio has perhaps misled us into viewing vaccines as brick walls, barriers that block completely the invading viral onslaught. That perspective, it turns out, is inaccurate. Instead, vaccines work more like a mousetrap. The virus is still permitted access to the host body. But once it arrives and begins its parasitic behavior, the vaccine-enhanced host springs into action, eradicating the virus quickly, hopefully before it has had a chance to bring any lasting harm to the host, or to spread to another victim.

In short, vaccinated individuals can still get infected with the virus, but these host bodies are supercharged to fight the invaders better and faster. If you perform a virus test on such individuals during this battle phase, the infection may be detected—a breakthrough case. The hope is that this battle is swift enough to end further transmissions, and the pandemic.

The vaccines released by Pfizer, Moderna, and others did a bang-up job at battling the original form of the coronavirus and some of its early variants. Then came the Delta variant. While the bodies of vaccinated individuals still put up a valiant, mostly successful fight against the virus, Delta is a formidable foe. This more intense fighting leads to a longer timeframe during which the virus can attack cells, replicate itself, and travel to other hosts. With its increased prowess, the Delta variant is quickly becoming the dominant version in the global pandemic.

Should we be concerned about Delta’s ability to “break through” vaccine-enhanced defenses? No, we shouldn’t worry. Such cases are both normal and expected, since vaccines don’t block viruses, but engage them in battle. That being said, now is not the time to be complacent about the pandemic. Yes, the vaccines improve the odds, but as mentioned above, they still allow the virus to jump to other, less protected hosts. In the United States, more than forty percent of the population is still at risk from such transmissions, having rebuffed all calls to get immunized.

Unfortunately, many people have convinced themselves that they are impervious to the virus’s worst abuses—or to contracting it at all—or that even when infected, they pose no threat to their neighbors, coworkers, and loved ones. Hence, the errant decision to forego masks and repudiate vaccines during a hot pandemic. Just a few days ago, I saw a friend-of-a-friend post this doozy on Facebook: “If I have a healthy immune system, then I probably won’t get the virus. Therefore, there’s no risk of me infecting anyone.” For this person and others with similar ideas, they really need to read more than just Chapter 12.