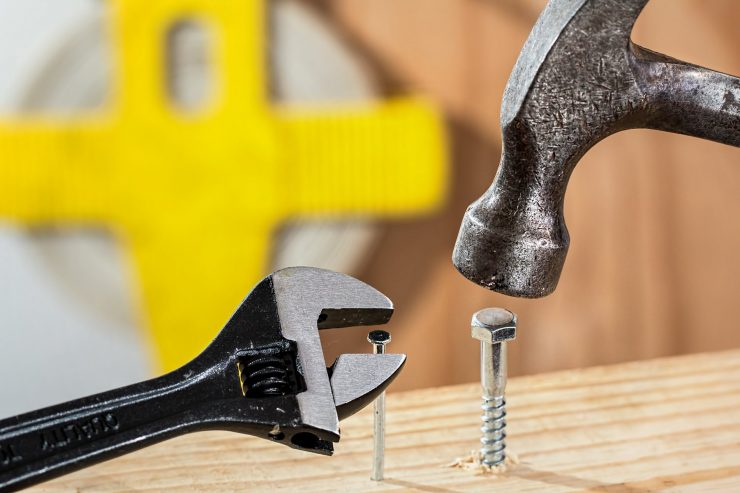 One great thing about the American system is that it provides the freedom and space to challenge the mainstream. Not every belief has merit, but we nonetheless extend a lot of leeway to groups that espouse some of the stupidest ideas in history, be they flat-earthers or white supremacists. But this freethinking attitude does have limits, especially where the safety of others is concerned. Freedom of speech is sacred, but there is no freedom to harm others or violate their inalienable rights.

This naturally leads us to the current battles with the coronavirus vaccines. As of this writing, just over half of all Americans are fully vaccinated. That leaves a significant portion of the population unprotected, and it is not for lack of resources. The United States has more than enough doses and medical professionals to dramatically increase those numbers, but there are just too many Americans who believe in stupid ideas, especially the ludicrous conclusion that they are safer without the vaccine than with it.

Of course, there are some people who should avoid coronavirus vaccines for valid medical reasons, and allergic reactions can occur, some of which may be fatal. While we should always take the negative effects of medications seriously, these vaccine-induced concerns are nothing compared to the 300,000-plus COVID-related US deaths that occurred during the past seven months. And don’t forget those who perished from other diseases because their doctors were too busy tending to COVID patients. Don’t forget.

Any way you slice the numbers, the immediate health concerns from the 4.6 billion worldwide vaccine doses given out so far are minuscule compared to the long-term, potentially fatal damage caused by COVID-19 and its variants. In light of these numbers, avoiding the vaccine for all but the most obvious of medical concerns is stupid. But the Constitution permits stupid. Or does it? Do Americans have the right to act in ways that bring harm, even inadvertently, to the general public?

William Blackstone, the eighteenth-century jurist who penned some of the most important works on natural rights, touched on such questions close to 250 years ago. In the opening chapter of his Commentaries on the Laws of England, he defines “the absolute rights of individuals.” Blackstone explains that the rights of persons are of two sorts: those that are due to individuals (the rights themselves) and those that are due from individuals (sometimes called “civic duties”). Both are essential in a healthy society.

Blackstone gives the example of public drunkenness. When a person is alone in a state of nature—that which existed before all governments—he possesses the right to drink himself into a stupor. But once that person ventures out into society, his duties come into play, and in a way that may be the concern of lawmakers.

“Let a man therefore be ever so abandoned in his principles, or vicious in his practice, provided he keeps his wickedness to himself, and does not offend against the rules of public decency, he is out of the reach of human laws. But if he makes his vices public, though they be such as seem principally to affect himself, (as drunkenness, or the like,) then they become, by the bad example they set, of pernicious effects to society; and therefore it is then the business of human laws to correct them.” (Emphasis added.)

A practical example of this appeared decades ago when jurisdictions began enforcing seat-belt laws. To wear or not wear your own seat belt while driving seems like a slam-dunk case of natural rights, and in a state of nature, it is. When driving through your own forty acres of waving wheat, you can typically ignore the seat belt, since vehicle codes are seldom enforceable on private property. But on public roads, the situation changes. Even if you have excellent insurance coverage, your injury or death stemming from not wearing a seat belt could still impact your community, your family, or the rights of others in ways you did not foresee. For this and other reasons, seat-belt laws have been accepted as reasonable cautions on our inalienable rights.

Extending Blackstone’s logic to the pandemic is straightforward. When a person engages in behaviors that bring harm to others—especially when there are solutions available that could prevent the harm—communities are well within their rights to seek remedies, as long as those solutions do not themselves eliminate natural rights, and are in line with the duties expected of all citizens.

It is clear that the Constitution prevents the government from forcing you to violate your own rights. It can’t require you to testify against yourself in court or to quarter military troops in your home. Police officers are not allowed to reach into your car and make you buckle your seat belt. Nor can they force healing drugs into your veins against your will.

And yet, as with the seat-belt laws, we see that the government does see fit to impose penalties on those who opt to exercise their rights in a way that could violate the rights of others. If you don’t wear your seat belt while driving on a public road, you will get a ticket. If you take your intentionally unmasked and unvaccinated self into a situation where you spread the coronavirus to others, especially if that spread leads to death, a ticket seems like the very least a community could do fight the pandemic.

The Enlightenment writers blessed us with a clear understanding of our natural rights, and included warnings to governments that it is wrong to violate what the Creator has endowed to us. But it is just as wrong for those individuals to demand the invocation of their rights without simultaneously carrying out their duties to society. No American should allow a government agency to force a vaccine on them. But likewise, no American should shirk their duties to the nation at large. That would be stupid.