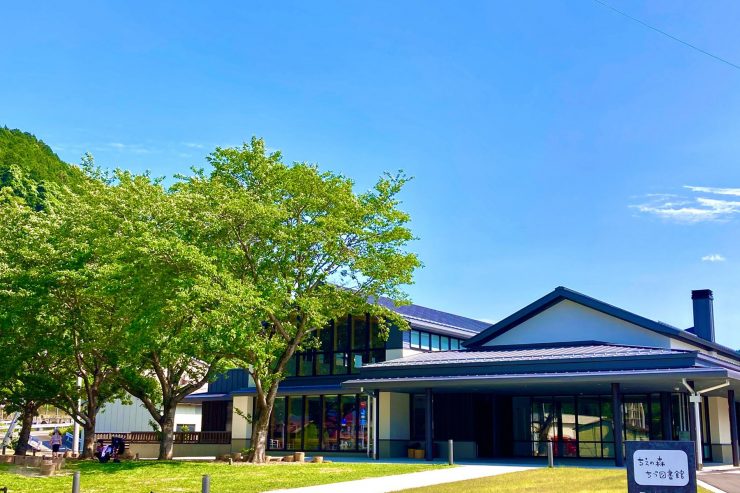 Japan recently went through a national general election for its House of Representatives. While the opposition parties insisted that they would defeat the ruling Jimintō Party (LDP), the election yielded few surprises. In the end, the LDP lost forty seats, but retained its majority in the House chamber. Jimintō members would chalk this victory up to policies that resounded with the Japanese people. But according to an article in The New York Times, the win was due to political manipulation and pork-barrel giveaways.

In “How rural towns keep Japan conservative” (title from the print edition), the authors tell a woeful tale of elected officials who “curry favor” with constituents, in part by bribing communities with promises of government largess. The text focuses on a new 12,000-square foot public library (see this article’s photo) “with a sizable children’s section” in rural Chizu, Tottori, a town of just 6,600 mostly elderly residents. The paper bemoans “the nexus between political representation and public coffers,” although just over a week later its editorial board praised Biden’s $1 trillion pork-laden infrastructure package as, “a major win for America.” Still, the writers assure us that the LDP win was classic political shenanigans and that Japan’s rural citizens are just as culpable, since “the residents of Chizu have been acutely cognizant of the forces behind this largess.”

As a fiscal conservative, I bristle at attempts by national leaders to fund local projects for their own electoral advantage. My default expectation is that this library project was, as stated, orchestrated by an elected official bent on cementing his own longevity. And while I have no doubt that the library mentioned in the article is outsized for its target community, nobody who has visited rural Japan—I have spent an entire year in a town of less than 12,000 residents—would ever describe what they see there as government largess. Rather, most small towns across the country struggle to maintain essential services for their dwindling populations. Some hamlet in western Japan may have received a massive library, but the article forgets to mention how small-town schools across Japan have been closing for lack of students, and how multiple towns in rural areas must band together to provide basic services for students and adults alike. Far from feeding on the soy milk of government kindness, most villages are trying to cope with ever lower populations and ever lower financial support.

What bothers me most about the NYT article is not that it spins facts—although it does that repeatedly—but that it purports to be an international human-interest story when it is really an attempt to redefine American democratic principles. The authors admit as much when they say, “the power of Japan’s rural population parallels the political landscape in the United States, where each state has two senators, regardless of size—giving the Republican Party an outsized advantage because of its dominance of rural states.” Essentially, the article is about how it is just not fair that tiny right-leaning Wyoming and North Dakota each get two senators, the same as enlightened, left-leaning California and New York.

The text gets to its core thesis at about the midpoint: “Critics say such disparities, which are common in rural communities, are fundamentally at odds with the democratic principle of ‘one person, one vote,’ and have skewed Japan’s politics and domestic priorities.” Such critics, of course, falsely believe that the United States and Japan are pure democracies. They are not. Japan and the US are republics, where the people express their will indirectly through elected officials. Republics define the relationship between the people and their representatives through their constitutions, documents that the people are empowered to create and modify for their specific needs.

This is certainly the case for the United States, with its clearly defined legislative structure, one that seeks to balance the interests of the many states that make up the union. For the editors of The New York Times, it seems, this structure sucks, since it allows a Republican to take the presidency with less than half of the popular vote and grants Democrats only the slimmest of congressional majorities despite its national electoral victory in 2020. With such a view in mind, the article serves not as a cautionary tale of Japanese politics, but as a rallying cry for constitutional change in the United States.

This appropriation of Japan’s election process isn’t surprising given America’s current hyperpolitical environment, and its never-ending quest for one-size-fits-all solutions to every societal problem. In its passion to enact change in the United States, the Times apparently had no qualms about grafting a story from Japan onto the American situation, despite the two having almost no similarities.

Japan’s urban-rural divide, with its massive concentration in a single megalopolis, is significantly different from the American environment, where dozens of large cities across the continent compete for jobs and government attention. In Japan, Tokyo is everything, and despite the claims of the article’s authors, rural prefectures have limited influence. Everyone in the nation is aware of this disparity. It is one of the reasons that Japan’s tax system allows those in Tokyo and other large cities to redirect a portion of their tax dollars to the rural locales where their parents and grandparents still live. Far from being a power play by country bumpkins, city folks work together with those in the countryside to ensure the survival of those remote areas.

What really seems to irk the authors—or at least the editor who crafted the article’s title—is that elected officials who are directing the spoils of tax warfare are “conservative,” another word that means something different in Japan than it does in the US. But as mentioned before, the Times article is about America, not Japan.